The importance of tourism for the economy

Going sightseeing not only affects the visitor, to whom the trip is a great personal growth and which will let him discover new cultures and meet different people, but traveling is also a major economic impact for the visited places. The effects that the arrival of a visitor have on a city can be the followings: 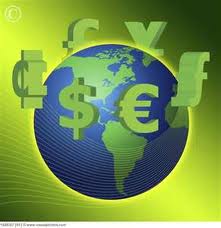 First, there is an activation of the economy, since consumption increases. This activation is produced through the entry of foreign currency.Besides, this economic activation implies that there is a growing necessity of hiring people. That’s why tourism generates workplaces and, therefore, it can help unemployment rates to be lower.Tourist arrivals are such stimulus for a country that it strives to improve, so as to attract more travelers. Thus, tourism also involves important economic items invested in infrastructure, helping this way to modernize the country, which has a favorable effect on its inhabitants. Tourism also requires a good political climate, and that stability is also positive for the entire country.One of the handicaps of tourism is which can receive the natives: the arrival of travelers do increase prices, probably resulting in the disappearance of some local businesses, who can not fight against the majors, always able to offer more competitive prices. In this sense, sensible legislation is needed to solve the problem.

Finally, given that tourism can also be detrimental to the local culture and environment, it’s good news the emergence of ecotourism which, despite being more expensive, has much more in mind the importance of taking care of each country features.

As said, tourism is an economic motor of exceptional importance that, in a crisis, many states and businesses consider it the key to begin to distinguish the light at the end of the tunnel.